BravoTECH received the 2015 Dallas 100 Award, which recognizes 100 of the fastest growing, most dynamic privately held companies in the Dallas Area. Sponsored by the Caruth Institute for Entrepreneurship at Southern Methodist University’s Cox School of Business, the award is an annual event that identifies and honors the 100 fastest-growing privately held companies in the Dallas area. To qualify, a company must meet a number of criteria based on its legal status, location, sales history, credit report, and character.

Building a business takes more than being in the right place at the right time, according to Andrew C. Jackson, BravoTECH president. “Behind every successful enterprise are people who took risks that others were not willing to take, and had faith in the future when challenges seemed insurmountable. The Dallas 100 celebrates those people, both at BravoTECH and in all the companies who received this award.”

“We are happy to be recognized with this prestigious award,” said Valerie Freeman, CEO of BravoTECH.  “Over the past few years, BravoTECH has experienced substantial growth which is a direct result of the hard work and commitment exhibited by all of our team members. We remain committed in our mission to providing top tier resources for our customers.”

The Caruth Institute for Entrepreneurship at the Cox School of Business acknowledged the Dallas 100 Award winners at a ceremony and dinner on Wednesday, November 4 at the Omni Hotel, Dallas Convention Center. The companies honored in 2015 have made significant contributions to the economy by generating jobs, increasing the tax base and fostering North Texas’ reputation as a premier economic development center. “The unsung heroes of our economy are the entrepreneurs who build their own businesses and create jobs as fast as big companies eliminate them,” said Jerry F. White, director of the Caruth Institute, nationally recognized expert on entrepreneurial businesses, and chairman of the Dallas 100 Awards. “The Dallas 100™ was created to recognize their accomplishments.”

BravoTECH’s growth has significantly outpaced the growth of the IT staffing industry as a whole. The company was also on the Inc. 500|5000 list, an exclusive ranking of the nation’s fastest-growing private companies, for 2013 and 2014. 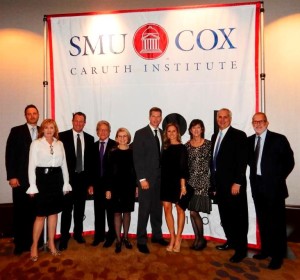